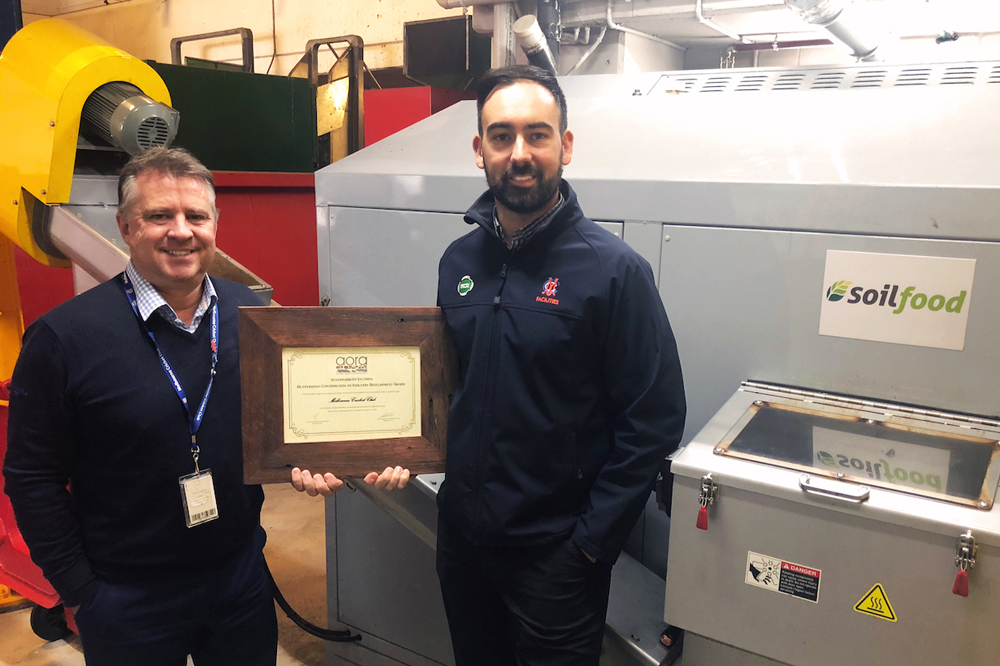 Both are true of Melbourne’s MCG stadium - one of the largest event and entertainment venues in Australia. The venue has a capacity for more than 100,000 patrons at a time, and a busy year-round calendar of events.

In terms of food production, the MCG has 13 permanent food outlets in just the general admission area. In addition to these, there is also the member’s area food outlets, the temporary seasonal stands, and corporate catering services. Last year’s 3.5 million people attending events at the stadium produced a total of more than 2000 tons of refuse.

It’s no secret that climate change and concerns of sustainability have become era-defining issues, and businesses are seeking new and better ways to operate in order to reduce their impact.

Food waste is a major contributor to climate change in that it requires significant resources to produce, transport, and serve it. When it is wasted, the resources that went into it are therefore also wasted. Further, wasted food is usually sent to landfill, where it produces methane, a potent greenhouse gas.

For a venue like the MCG, reducing food waste is a huge opportunity to improve on environmental impact. In order to tackle the vast task, Eco Guardians were brought in to develop a tailored solution.

The outcome? To combat the continual production of vast quantities of organic waste (including grass clippings from the ground’s turf!) an Eco Guardians Soilfood™ System was introduced. The compost machine was installed onsite in the stadium basement, where it is used to process organic material to a nutrient-rich, concentrated, food waste compost soil-enhancer, Soilfood™.

Thanks to the Soilfood™ System, each year 250 tonnes of the MCG’s food waste is no longer transported to an offsite recycling centre, and 100 tonnes of garden waste per year is not sent to landfill. Having the system onsite has reduced C02 emissions and financial costs in transportation.

The immediate benefits aren’t restricted to just reducing costs - the Soilfood™ System adds value. The final Soilfood™ product is then distributed throughout the Yarra Park, replenishing the depleted soils. This in turn supports healthier plants and a flourishing ecology, resulting in a better landscape to be enjoyed by the wider community, whom use it for walks, cycling, eating their lunch, ball games, personal training, and more.

The Soilfood™ System has been a major factor in the MCG’s sustainability strategy - efforts that were recognised in 2018 with an award for Outstanding Contribution to Industry Development from the Australian Organics Recycling Association. It has also played a significant role in improving the quota of waste the venue recycles yearly to an outstanding 83%.

To find out how sustainability consultants Eco Guardians can support your business in reducing its impact on the environment, click here.