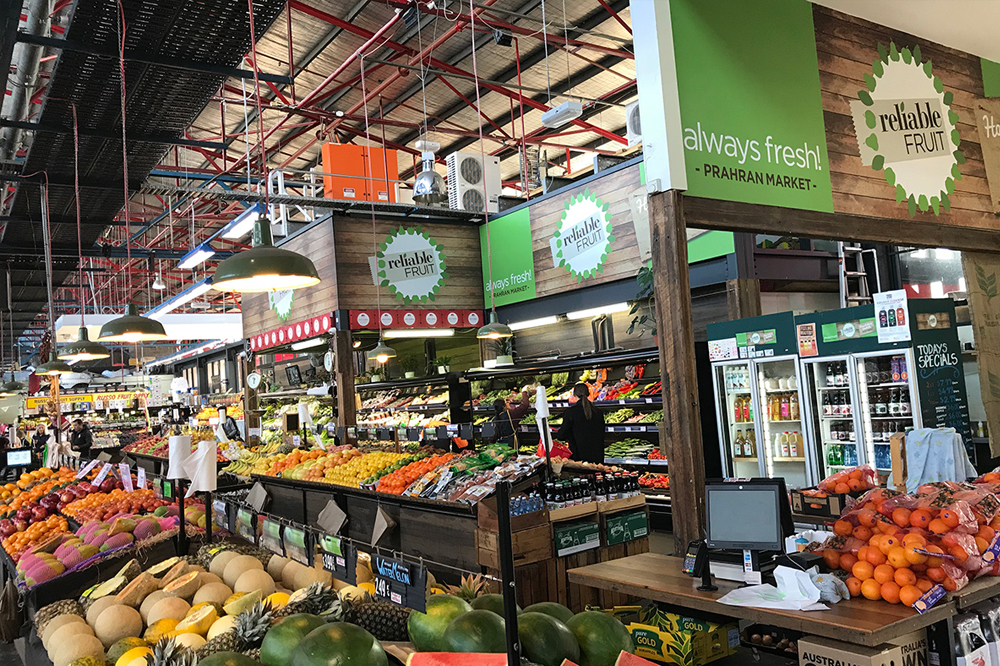 In 1864, Prahran Market was the first market to open in the city of Melbourne. It has been an institution for over 150 years, making it the oldest running fresh food market in Australia. The decades have seen various changes from renovations to the introduction of fusion cuisine, but the market’s foundation and core values have remained the same -  “The Food Lovers Market”.

The success of the market is not only due to its fresh produce, hard-to-find specialty items and good old-fashioned service sealed with expert advice, but also because of their reputation as a market leader when it came to innovation. Prahran was the first market to use ceramic white tiles in the meat sections in 1928, and forecasted demand in the 1960’s for European produce after the immigrant influx following the war.

The Prahran Market have always been one to realise its responsibilities to our environment, and have implemented various successful strategies to prevent wastage. Their most recent initiative involves the installation of a Soilfood™ System to eliminate their organic waste to landfill.

Prahran use one of the larger Soilfood™ Systems - model GG-1200H, which dehydrates and recyclesup to 1,200 kg of organic waste per day. It reduces the volume of the waste by 85% and turns the waste into the highly sought after organic fertiliser known as Soilfood™.

Before the SoilFood System, one of the main waste streams the market was struggling to dispose of was fish offal. Typically red meat and poultry are easily rendered into animal food products, but fish can be more troublesome, and due to its weight very expensive to dispose of. Now on a busy day, the Soilfood™ System in Prahran Market repurposes around 500 kg of fish offal produced by the markets traders.

Leftover fish offal and fruit and vegetable offcuts are placed into the SoilFood™ System. From the dehydrating process, around 1,000 litres of a clear condensate water is created daily. This condensate is sent underground into their 70,000 litre rainwater harvesting system so it can be used throughout the market to flush toilets, wash bins and on irrigation.

Prahran’s Operations Manager Bill McMaster loves the Soilfood™ System and points out the cost benefits that follow the environmental benefits of recycling food. “At Prahran Market, even though we have the rainwater storage system, we are still faced with huge water bills annually. By adding 1,000 litres per day to our tanks it reduces our water bill by thousands of dollars each year.”

Another benefit of this unique system is the large reduction in bins, and the odours and leachate spills associated with them. Bill says the market is even saving on labour as the time it took staff to manage the waste has been greatly reduced, thus increasing productivity in other streams.

Not only has the SoilFood System™ saved Prahran Market money and reduced its environmental footprint, but the Soilfood™ fertiliser has also been a huge success within the market. A florist takes around 7 tonnes of SoilFood™ per month to their farm to use on growing new flowers which are sold back into the market. For a gold coin donation, market patrons can also  purchase SoilFood™ to use on their crops and gardens at home.

Other environmental solutions we provide in Australia include:

In floor and under sink drain protectors