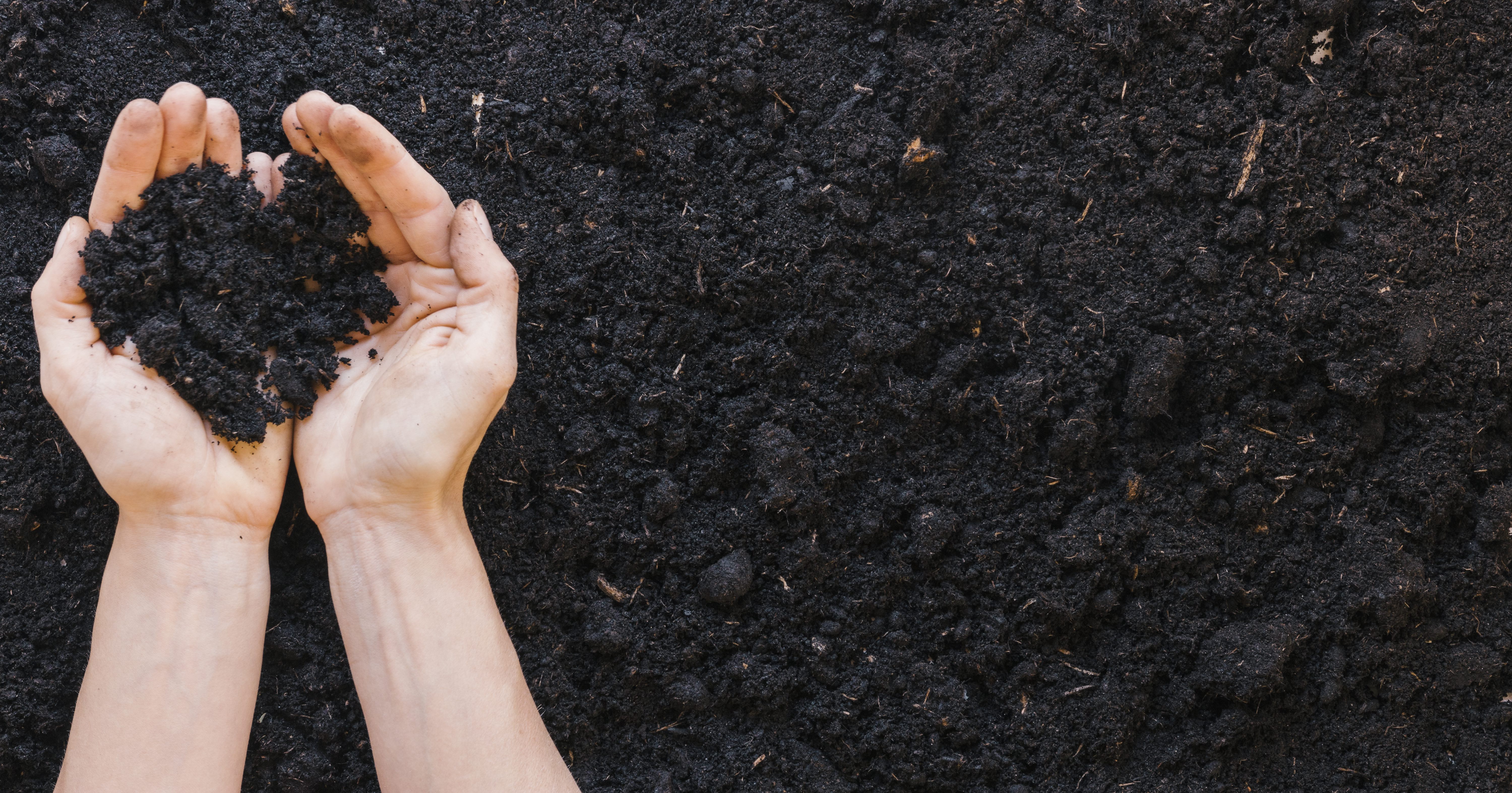 That’s a bold statement, but having worked closely with Soil Scientists whilst qualifying our SoilFood product as an organic fertiliser, we found their mantra Soil Is Life to ring true.

SoilFood is created from food scraps by our dehydration process. It is the best alternative to landfilling the waste where it would otherwise create methane and leachate, both of which are major environmental disasters.

Most of the world’s foodstuffs are plant material in a direct sense, or depend on plant material as one of the feedstocks for livestock growth. Plants feed on nutrients in the soil and so, unless we replace those nutrients, the soils gradually become depleted and the soil structures deteriorates as does their ability to promote growth.

This general decline in soil quality has been made worse by the widespread and repeated use of chemical fertilisers. They certainly promote plant growth, but contribute nothing to the soil in terms of its physical structure, nutritional legacy and the health of the essential soil microbes that convert soil nutrients into forms suitable for plant uptake.

Hell, yes! Because while all this is happening, global population growth is accelerating and, at the same time, most economies are improving and human nutritional standards are increasing. Unless we take action globally, the time will come (sooner rather than later) when the Earth won’t be able to grow enough food to sustain its inhabitants. That’s why Soil Is Life.

So, what can we do about it?

On a more local basis, we need to re-adopt our soils and nurture them back to robust health. Composts and organic fertilisers are the keys to this – they do not do the same thing and should be used in conjunction with each other.

As an organic fertiliser, Eco Guardians’ SoilFood ticks all the boxes. Nitrogen, phosphorus and potassium (NPK) are the normal “units of currency” in fertilisers – SoilFood is rich in these elements as well as a multitude of other beneficial trace elements. It is the combination of these components that promotes plant growth, each providing a particular benefit towards overall plant health.

Just as importantly, SoilFood also contains between 40% and 50% organic carbon – every tonne of food waste that we dehydrate yields around 100 kg of organic carbon that can be added to soil immediately – no curing or further treatment required. Soil Organic Carbon is recognised by Soil Science as the key to fostering soil health as opposed to plant growth. Carbon in soil, as it slowly breaks down, is a vital element in improving the physical structure of the soil for the benefit of soil micro-organisms, but it also gradually releases carbon dioxide (CO2) to the atmosphere.

We are all conditioned to regard CO2 as evil and a major contributor to global warming but there are some ramifications that make this less than black-or-white:

SoilFood alone will not save the planet or the human race, but it has a vital role to play in the overall process of doing so. There are many ways to boost soil organic carbon – amended agricultural practices, the reversal of deforestation, composting and mulching – but these are slower processes than the application of SoilFood who’s carbon content is immediately available for assimilation.

The genesis of Eco Guardians’ mission was to divert food scraps from landfill and avoid the creation of greenhouse gases. That is still very much part of the motivation but, as time has gone by, we have realised that end-product – SoilFood - is also vitally important in terms of sustainability and the Circular Ecology.

Declan McDonald, Senior Soil Scientist at SESL (Sydney Environmental Soil Laboratories) stated “This material has strong fertilizer value, given its high nutrient levels. That nutrient status positions it in a similar category to dynamic lifter and it should be used in the same fashion.”

Another benefit or our SoilFood System – the moisture that we evaporate from the food scraps is condensed by the system so that it is recoverable and can be used for irrigating soils. The perfect circle!

To learn more about the SoilFood™ fertiliser or system, contact us here.

Also be sure to keep up to date on our sustainable business solutions by following our LinkedIn, Facebook and Twitter pages.