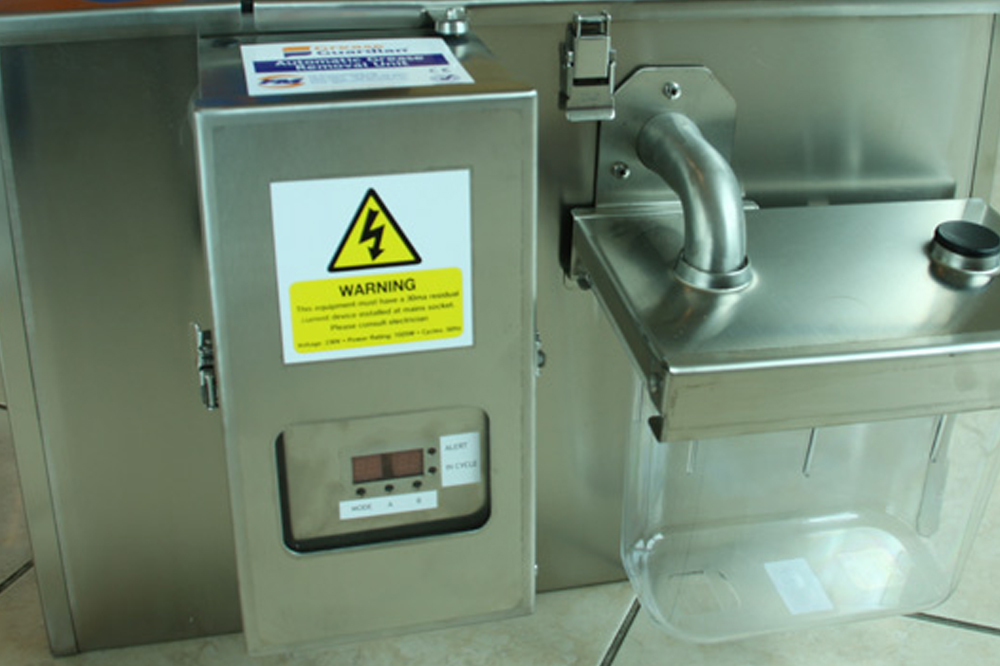 Fatbergs are smelly masses formed from discarded oil, fats and waste products. You may have seen the ‘fatberg problem’ causing hundreds of blockages across Brisbane circulating in the media the past few weeks.

These destructive formations are caused when cooking oils and fats are tipped down the drain and clog up with other products, such as flushable wipes and tree roots. The problem is at its worst in winter, as the cooler temperatures allow the fats to solidify quicker. Across Brisbane, Ipswich, Lockyer Valley and Scenic Rim, blockages are cleared more than 4,000 times every year, costing $1.5 million.

Eco Guardians have been working alongside Sydney Water in NSW to combat the fatberg problem, by preventing large amounts of fat and oils getting into Sydney’s sewage system through the use of a Grease Guardian. As a result of this partnership and Grease Guardian testing, it is now a requirement that a Grease Guardian - an alternative to a stand alone grease trap - is installed with every combi oven. This solves a long running industry problem in that bulk cooking with a combi, especially for chickens, creates high volumes of fats, oils and grease.

During testing with Sydney Water, the Grease Guardian performed so well when installed upstream of a supermarkets grease trap, that Sydney Water permitted each supermarket to reduce their current grease trap pump out frequencies in half.

It is currently a regulation to have a grease trap installed in cafes, restaurants, bakeries, takeaways, butcher’s shops and various other food preparation businesses. Grease traps can cost thousands of dollars and require builders, plumbers and permits, making them a hassle to install. They need to be pumped out every 13 weeks which again can cost hundreds of dollars, making them costly to maintain. Paying people to remove blockages in the pipes is also a common occurrence. Grease traps can be paired with a Grease Guardian, allowing you to save money from less grease and fat blockages within pipes, and decrease the number of grease trap pump outs.

Grease Guardians are also a solution for businesses who are required to have a grease trap but find it impractical. This may be because they are in built up areas where it is impractical to set up a grease trap, they are retro fitting into existing premises that doesn’t have a grease trap installed, or they are located in a high-rise building, stadium, food court, supermarket or shopping centre. When it comes to efficiency, Grease Guardians have been internationally tested to be 97% efficient in filtering out grease and oil, whereas grease traps have no national standards or efficiency appraisals to compare.

It is everyone’s responsibility to ensure oils and fats are not being poured down our drains causing costly issues underground. The efficiency of the Grease Guardian in filtering out fats and oils, whether used on their own or combined with a grease trap, should be taken advantage of within more businesses who produce oil and fat waste. As a nation we need to persuade the other water authorities around Australia to do the right thing and follow in the footsteps of Sydney Water and trial the Grease Guardian.

Other food waste management and recycling services provided by Eco Guardians Australia include: